4MC, This is hot air carburetor mounted style 4 barrel Quadrajet carburetor. Choke element was mounted on the side of the carb, and drew hot air from the intake.

They could be build and functional for a vehicle if you desired, or can be left as the incredible piece of history that they represent. 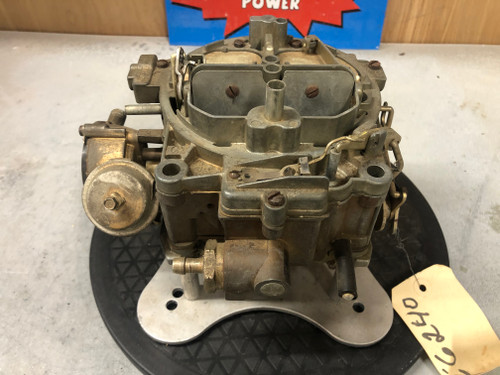